QUOTE OF THE YEAR

This one comes from Columnist Burt Prelutsky who wrote it last year but it's even more prescient now:

"Surely something must be terribly wrong with a man who seems to be far more concerned with a Jew building a house in Israel than with Muslims building a nuclear bomb in Iran."

OBAMA AND THE SACRIFICE OF ISAAC

Brilliant work from Yaakov Kirschen in Dry Bones.
Posted by Wilbur Post at 5:38 pm No comments:

Whoever puts together the headlines for Melbourne Herald Sun articles simply has no idea - Israeli Prime Minister Benjamin Netanyahu defends Gaza settlements
Posted by Wilbur Post at 9:36 am No comments:

Some years ago, a young Jewish boy in a community in these parts celebrated his barmitzvah. There was some disquiet among those invited because the youngster's grandfather was known to be a kapo - a Jew who during the Holocaust had done the bidding of the Nazis in the concentration camps. Some did it out of cruelty, others for self-presevation. Whatever the case, in many instances the kapos became more hated among Jews than the Nazis. In the event, several guests at the barmitzvah refused to attend rather than to be in the same place as a kapo.

The news from South Africa is that Sir Richard Goldstone who led the unbalanced UN mission to investigate Israel's Operation Cast Lead against Hamas in 2008-9 is now regarded as today's kapo - Goldstone pressured into not attending grandson’s bar mitzvah
Posted by Wilbur Post at 9:11 am No comments:

A Dangerous Silence By Edward I. Koch

The Karzai administration, which operates a corrupt and opium-producing state, refuses to change its corrupt ways – the president’s own brother is believed by many to run the drug traffic taking place in Afghanistan – and shows the utmost contempt for the U.S. is being hailed by the Obama administration as an ally and publicly treated with dignity. Karzai recently even threatened to join the Taliban if we don’t stop making demands on him. Nevertheless, Karzai is receiving a gracious thank-you letter from President Obama. The New York Times of April 10th reported, “…that Mr. Obama had sent Mr. Karzai a thank-you note expressing gratitude to the Afghan leader for dinner in Kabul. ‘It was a respectful letter,’ General Jones said.”

On the other hand, our closest ally – the one with the special relationship with the U.S., has been demeaned and slandered, held responsible by the administration for our problems in Afghanistan and Iraq and elsewhere in the Middle East. The plan I suspect is to so weaken the resolve of the Jewish state and its leaders that it will be much easier to impose on Israel an American plan to resolve the Israeli-Palestinian conflict, leaving Israel’s needs for security and defensible borders in the lurch.

Writing in The Australian, David Ignatius of the Washington Writers Group informs that Barack Obama is "seriously considering" proposing a US peace plan to resolve the Israeli-Palestinian conflict, according to two top administration officials" - Obama's latest Middle East peace plan a case of back to the future.

In other words, Obama is seeking to impose a solution to the conflict on the Israelis and Palestinians (or more particularly, some Palestinians).

Good luck with that - it's an impossible dream as long as you have Hamas threatening to destroy Israel and the PA refusing to recognise Israel as a Jewish State and inciting its population through its media and the pulpit.

Ignatius quotes an official with saying that "(W)e want to get the debate away from settlements and East Jerusalem and take it to a 30,000ft level that can involve Jordan, Syria and other countries in the region".

You get the feeling that the United States is slowly coming to the realisation that its policy of appeasing enemies while giving out backhanders to friends isn't exactly working and the time has come to start mending fences.

How else can one interpret praise being heaped on Israel by, of all people, a Senior State Department Official - Sanctions Delay Damages Credibility.

The problem now is that nobody on either side really trusts Barack Obama any more.
Posted by Wilbur Post at 11:28 pm No comments:

A case of Israeli aggression missed by the Age!

The Israellycool blog has recently noted an instance of disproportionate Israeli aggression that has been missed by most of the world's media - Yet More Israeli “Aggression”, “Disproportionate Force” and “Killing”

If this news gets back to the editors of the Age, there will surely be questions asked of its Middle East correspondent.
Posted by Wilbur Post at 9:39 am No comments:

It's getting harder and harder to understand the willingness of certain sections of the British public to accept some of the blatant lies disseminated in the media and elsewhere about Israel and its conflict with the Arabs.

Perhaps this article about a group of Britons might shed some light on the situation - Sheep targeted by aliens say Animal Pathology Field Unit ?

VISITORS from another world are performing alien experiments on sheep in "frightening attacks", witnessed by UFO experts.

A UFO group says it has witnessed sheep on the England/Wales border being hit by strange objects in the sky with victims having had their brain and internal organs removed, The Sun newspaper reports.
Posted by Wilbur Post at 7:41 pm No comments: 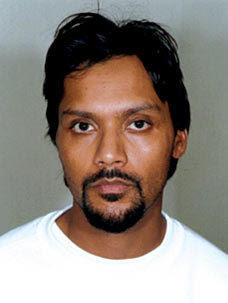 Muslim convert Dhiren Barot was among 10,000 terrorists and fraudsters who managed to slip through Home Office security checks to secure a travel document every year.

Palestinian journalists in trouble ... from Hamas and Fatah

The Jerusalem Post reports that "Palestinian journalists who last week met with their Israeli colleagues and an IDF spokesman in Tel Aviv have come under fire from both Hamas and Fatah." - Palestinian reporters urged to 'repent' . The journalists are facing expulsion from the Fatah-controlled Palestinian Journalists Syndicate on charges of "promoting normalization with Israel."

Strangely enough, that's what the Palestine Authority, controlled by Fatah, is supposed to be doing if the Barack Obama inspired proximity talks ever get under way.

And it's interesting to note that the memberships of the various official and semi official groups of Palestinian journalists that are proposing to punish the "offenders" including the quaintly named "Democratic Press Association" are the same journalists who provided much of the information which the foreign news media relied upon for its news from the region during Operation Cast Lead. This suggests that was was relied upon was not particularly reliable.

But what the heck. As long as it's cricitcal of the Israelis, it serves the agendas of many in the news media.

Don't therefore, hold your breath waiting to read some words of support for Gazan reporters Lana Shaheen, Mueen al-Hilu and Abdel Salam Abu Askar from the likes of Jason Koutsoukis.
Posted by Wilbur Post at 11:52 am No comments:

ISRAEL AND ITS PSYCHOPATHIC ENEMIES

Chechen terrorists murder more than 30 Russian civilians and The Independent newspaper has no qualms about calling them "terrorists" whereas those nice killers in Hamas and Fatah are merely "miltants". Here's an op ed article from Shaun Walker asking was the motive for Moscow attacks revenge?

It has been several years since the Russian capital was last hit by a major terrorist attack, but yesterday's events recall the early years of Vladimir Putin's presidency, when Chechen terrorists struck at trains, planes and even a theatre in the city. They suggest that a decade after Mr Putin's promise to track down terrorists and "waste them in the outhouse", the Caucasus insurgency still has the ability to strike at the heart of Russia.

But hey, does anyone really give a continental whether Putin wastes Chechens in the outhouse, roasts them for dinner or whatever?

Not some of the psychopaths who read The Independent and comment on issues such as these. Catch the comments below the article and you'll notice that two of the first three comments came from lamebrains who took the opportunity to attack the little Satan, Israel (along with the Big Satan who's not looking so Satanical lately since Obama took some low shots at the little devil). The first brings Israel into the equation, the second and third do so viciously (and stupidly). A pox on them!

But the psychopaths aren't restricted to the likes of davereed2, thetwitchyone and yasmineat. I saw others discussing Israel on BBC's Dateline London, a worthless discussion programme compered by Gavin Esler in which "foreign correspondents currently posted to London are supposed to look at events in the UK through outsiders' eyes, and at how the issues of the week are being tackled around the world."

The programme was an excuse for the host and three of his four panellists to beat up on Israel and the poor Israeli journalist had to sit through a welter of accusations (most of them baseless) about his country and including some of the most vile, and pompous chest beating hypocrisy about the alleged use of passports (of course it wasn't "alleged", it was a sure thing), Israel's tranished image and Obama. The so-called "journalists" got most things wrong such a journalist who writes about China which country has been brutalising occupied Tibet and settled millions of Chines quietly in that country in the world's longest running occupation. She should know better but came out with a doozy about Israeli soldiers killing a 15 year old Palestinian as if this practice was public policy. No more detail than that and there was no balance in her "story".

By the time these bloodsuckers finished their sickening venting against the Jewish State I was almost convinced it was a rehearsal for an April Fool’s joke rather than a serious programme about politics. But it's no joke - that's the state of Britain these days.
Posted by Wilbur Post at 3:19 am 1 comment: